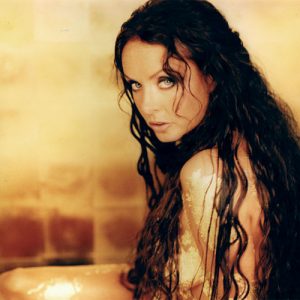 Following her performance at the Beijing Olympics, Brightman was appointed as the Shanghai 2010 World Expo Promotion Ambassador in Britain. In anticipation of the Expo, she launched “Shanghai Week in London”, which showcases the city’s heritage and culture.

In response to persistent calls for a global release of the Symphony: Live in Vienna concert, EMI Music launched worldwide the PBS special which features Brightman’s landmark performance at Vienna’s St. Stephen’s Cathedral on January 16th, 2008, in both audio and visual formats. The Symphony — Live in Vienna television special debuted on PBS in March 2008 during the network’s spring pledge drive and aired throughout the month. The album broke all-time records of sales in Taiwan and experienced success in certain Latin American markets.

The music of Brightman was featured in the movie Amarufi: Megami no hôshû (international title: Amalfi: Rewards of the Goddess), which was a special production to mark Fuji Television’s 50th anniversary. The first Japanese movie to be shot entirely on location in Italy. In conjunction with the release of the movie Amalfi, Brightman released only in Japan an album titled Amalfi – Sarah Brightman Love Songs which reached Gold status in the aforementioned country.

Autumn 2009 saw Brightman starting a new concert tour called Sarah Brightman In Concert covering Latin America with 13 sold-out performances in Mexico, Venezuela, Colombia, Peru, Chile, Argentina, and Brazil. The last venue of the tour, “The Concert of the Pyramid” featured Brightman performing a concert at the archaeological site of Chichen Itza, a UNESCO World Heritage Site and one of the New Seven Wonders of the World.

The year closed as Symphony: Live in Vienna was listed as the thirteenth best-selling album of the year in Mexico. (In 2008 she also had 2 top-selling albums in the country: Symphony and A Winter Symphony in the 29 and 83 spots respectively)

Given her increasing popularity in Asia, Brightman toured there in late 2010 with 5 shows in Tokyo alone, followed by presentations on Kanazawa, Nagoya, Osaka in Japan, Macau in China and Seoul in South Korea. She headed to perform in private events in Canada and Ukraine as well as part of the tour.

On November 3, 2010, Brightman was invited to sing at the Tōdai-ji Buddhist temple complex located in the city of Nara, Japan. The temple is a listed UNESCO World Heritage Site as “Historic Monuments of Ancient Nara”. The concert was recorded and later broadcasted nationwide by NBS network.

Her popularity continues to rise remarkably in Asia, with high profile appearances and sales. Brightman was South Korea’s best-selling international artist of 2010 with her album Diva: The Singles Collection charting the almost the whole year in the #1 spot ahead Mariah Carey, Michael Jackson, Eminem, among others. The album was released in 2006, but charted again in both 2009 and 2010 when Brightman toured there with the Symphony World Tour and Sarah Brightman In Concert With Orchestra. Diva was certified Double Platinum in South Korea. Also, her digital single “Nella Fantasia” has sold 2 million copies in the country.