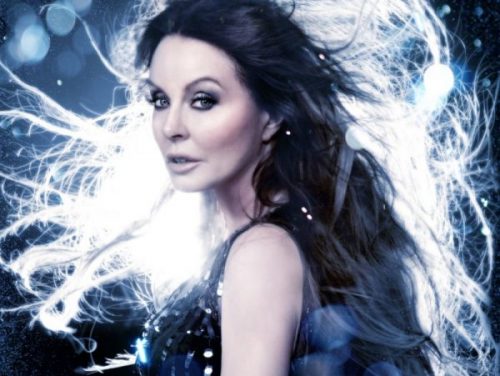 After her very successful stage career, Brightman decided to make a fresh start and embark on a solo career. In 1992, Brightman made an appearance with José Carreras at the Barcelona Olympic Games singing the theme song “Amigos Para Siempre” (“Friends Forever”) to a worldwide audience of 3 billion people. Following her appearance, Brightman traveled to Germany to work with co-producer Frank Peterson of “Enigma” fame   The two collaborated on the album “Dive,” released in 1993 a water-themed pop album that featured “Captain Nemo,” a cover of a song by the Swedish electronica band Dive The album is considered Brightman’s first success as a recording solo artist, receiving her first Gold award for exceptional sales in Canada.

Brightman and Peterson’s second collaboration yielded the pop rock album, Fly (1995), the album catapulted Sarah to fame across Europe, and she unveiled its hit track “A Question of Honor” – a mélange of electronic, rock, classical strings and excerpts from the Alfredo Catalani opera “La Wally”

The song and the video were introduced at the World Boxing Championship match between Germany’s Henry Maske and Graciano Rocchigiani.

“Time to Say Goodbye”, taken from the album Timeless, released in 1997, was the second song Brightman debuted for Maske, this time at his retirement match. This duet with tenor Andrea Bocelli became an international hit and sold more than 3 million copies in Germany alone, became Germany’s best-selling single, and was successful in numerous other countries; the album eventually sold over 12 million copies worldwide. It is regarded as one of Brightman’s and Bocelli’s, signature songs.

In March 1998, her own PBS special, Sarah Brightman: In Concert at the Royal Albert Hall, marked the point when she crossed from Billboard’s Top Heat seekers chart to the Billboard 200 chart, with Time to Say Goodbye. The same year, Brightman starred A Gala Christmas in Vienna along side Placido Domingo, Helmut Lottie and Riccardo Cocciante singing traditional Christmas carols. On April 7, 1998 she was one of the guest stars in Andrew Lloyd Webber’s 50th Birthday Celebration singing Hossanaa with Dennis O’Neill, “Pie Jesu,” “Phantom of the Opera” with Antonio Banderas, “All I Ask of You” with Michael Ball and “Music of the Night.”

With the success of Timeless, Sarah felt freer to put herself into her next endeavor. Brightman released her next album, Eden in 1998. She hand-selected each song and convinced the Academy Award-winning Italian composer Ennio Morricone to let her set lyrics to one of his film compositions, “Gabriel’s Oboe” from the film “The Mission” resulting in the now legendary “Nella Fantasia.”

The release of Eden also led to a concert tour of the same name, Sarah’s first world tour and a huge success. Eden reached #1 on the US Billboard Classical Crossover chart and #65 on the Billboard 200 charts and was certified Gold.