Paris, 06 February – The world's biggest selling Soprano, Sarah Brightman, who is also the only artist ever to simultaneously top the Billboard dance and classical music charts,  will be named UNESCO Artist for Peace in an inaugural ceremony at the Organization’s Headquarters on 8 February (10.30 a.m.).

On Wednesday, the British music icon, actress and humanitarian is set to receive this distinction in recognition of her commitment to humanitarian and charitable causes.  The designation recognizes Sarah's contribution to the promotion of cultural dialogue and exchange, and her dedication to the ideals and aims of the Organization.

Sarah Brightman's global musical influence has seen her win over 180 gold and platinum awards in over 40 countries, and she has achieved a combined sales of over 30 million CDs and DVDs. She is currently working on her highly anticipated next solo album which will be released in early 2013.

UNESCO Artists for Peace are internationally-renowned personalities who use their influence, charisma and prestige to help promote UNESCO’s message and programmes. UNESCO works with these distinguished personalities in order to heighten public awareness regarding key development issues and to inform the public what our Organization's action is in these fields. 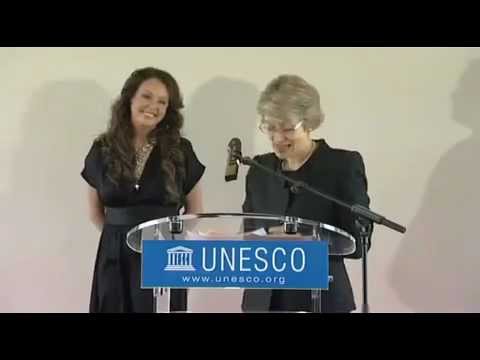