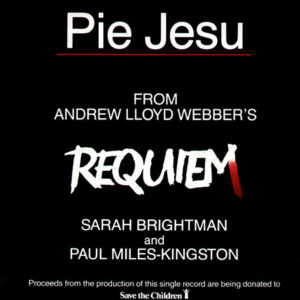 “Pie Jesu,” the runaway hit from Requiem, was released as a 7” single to benefit the charity, Save the Children.