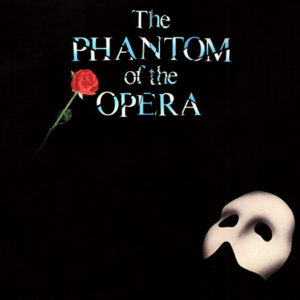 This original London cast recording was the first in British musical history to enter the charts at number one.

Written by Andrew Lloyd Webber during his marriage to Sarah, The Phantom of the Opera is perhaps the musical theatre production that best showcases Sarah’s uncannily broad vocal range.

Having originated and defined the female lead role, it’s not surprising that Sarah will probably always be regarded as the quintessential Christine in this landmark musical.

1. Masquerade/Why So Silent
2. Notes…/Twisted Every Way
3. Wishing You Were Somehow Here Again
4. Wandering Child…/Bravo, Monsieur…
5. Point of No Return
6. Down Once More…/Track Down This Murderer…