As we await the release of Sarah’s new album HYMN, we reflect back on her extraordinary career. We begin by celebrating some incredible highlights throughout the 70s and 80s.

Sarah made her theatrical debut in 1973 at the Piccadilly Theatre, London. She went on to spend the 1970s dancing in Pans People and to sing and dance as a part of Hot Gossip, where she was propelled to stardom with ‘I Lost My Heart to a Starship Trooper.’ This hit song reached number 6 on the UK Charts.

By the 1980s Sarah had graced the stage in memorable performances as part of the cast of Cats, The Pirates of Penzance and Masquerade.

HYMN will be released on November 9th. 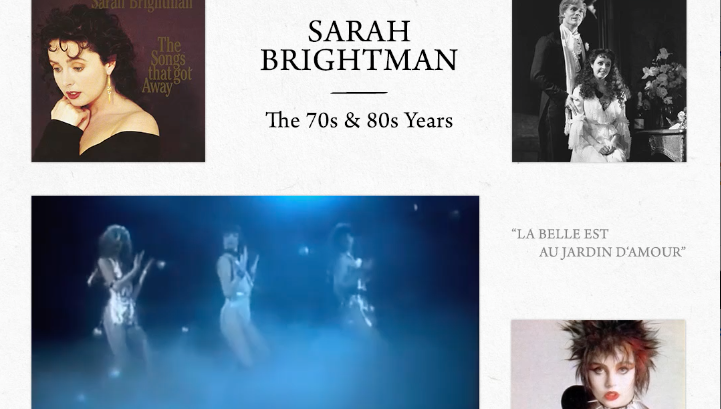