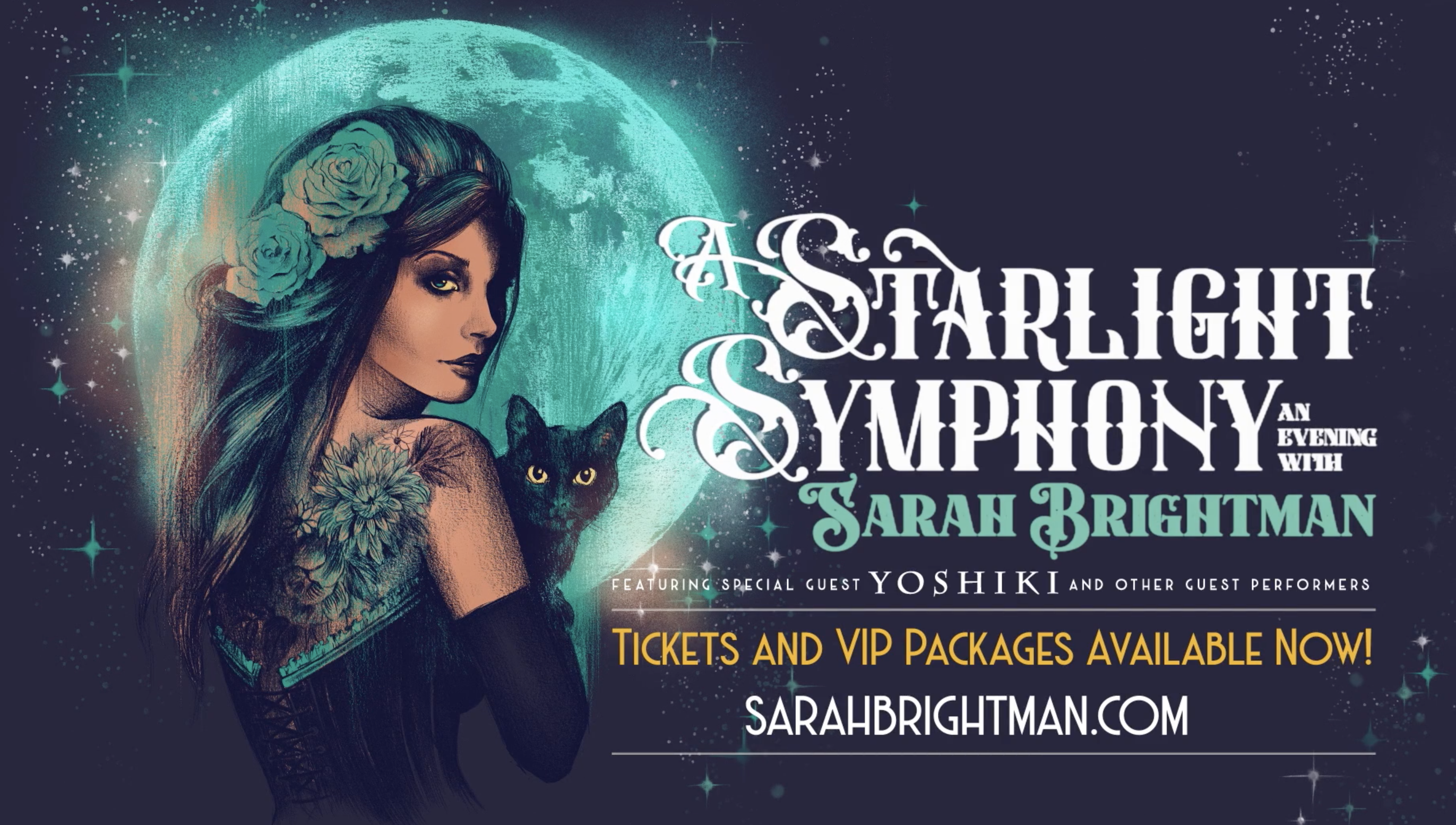 Tickets and VIP Experiences for Sarah's "A Starlight Symphony" Tour are now on sale!

This October, join Sarah as she performs many of her greatest hits with orchestra, choir and special guests YOSHIKI, Narcis ...